When we are making the difficult decision on where to work, we must take into account the characteristics of the organization we hope to work for. Having a healthy work-life balance in the modern world is increasingly difficult to achieve. Thus it is essential that we find a job that aligns with our personal preferences in terms of work, but also where the culture of the organization is a match for us. For some, Raytheon and Raytheon jobs may be a valid consideration. Read on to learn more about Raytheon as a prospective employer and some of the details of their operations across the world.

Raytheon is a global team of individuals who are committed to “creating trusted, innovative solutions to make the world a safer place.” The company is headquartered in Waltham, Massachusetts. Raytheon Company was first founded in 1922. Raytheon company is a technology and innovation leader that specializes in defense as well as civil government and cybersecurity solutions. Most simply explained, Raytheon produces state-of-the-art electronics, C5I products and services, sensing, effects, and mission support services in addition to mission systems integration.

Raytheon is led by Chairman and Chief Executive officer Thomas A. Kennedy. The company employs some 64,000 employees across the world, representing many thousands of Raytheon jobs. The Raytheon company had some $25 billion in sales in 2017. Thomas A. Kennedy has established a corporate culture that revolves around the achievement of success for the customers of Raytheon. Through the support of the success of the customers of Raytheon, the organization supports its own future by supporting those who purchase its products.

Is There a Need for Raytheon? 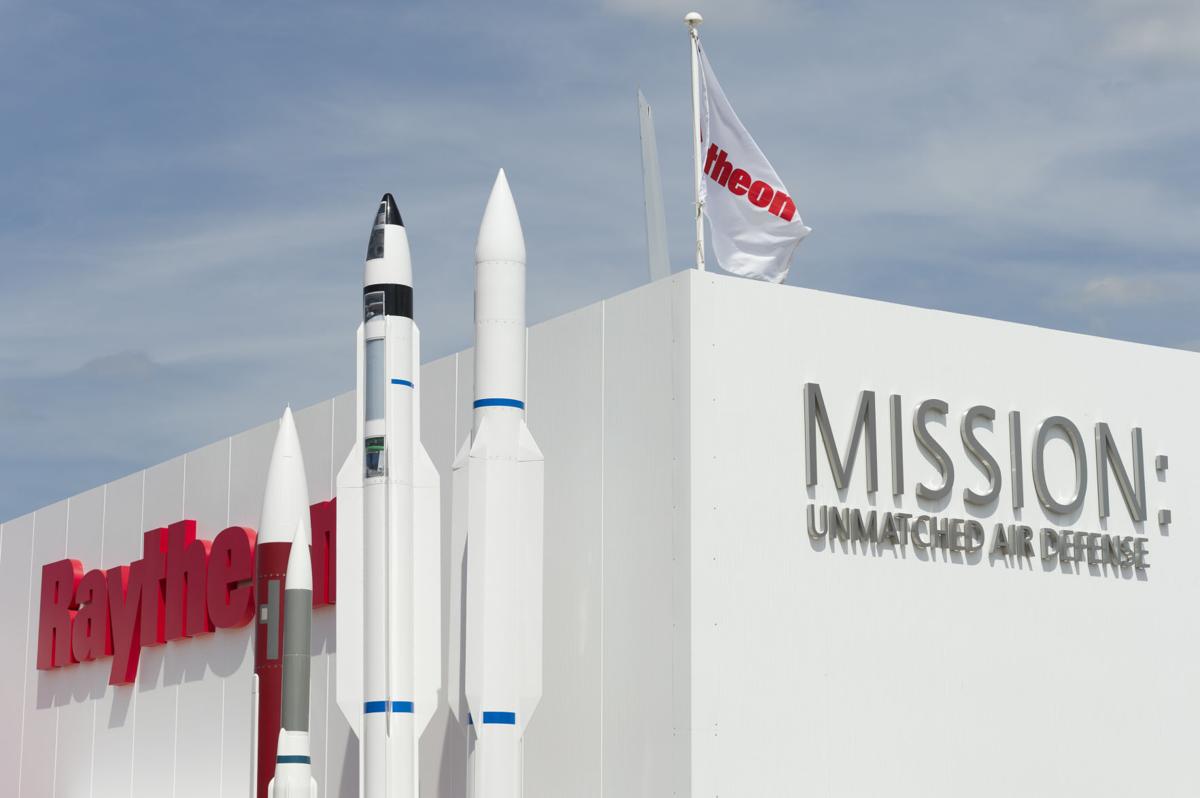 The modern environment across the globe is one characterized by ongoing change. With change comes the potential for conflict and turmoil, which can in turn affect the safety of the world. Raytheon is an organization that pays attention to the changing landscape of the globe and works towards supporting security and safety the world over. Within the context of the global environment, and in particular in relation to the United Kingdom, Raytheon is safeguarding the trans-Atlantic neighbors of the United States against traditional and new risks.

As the world advances into a new era of technology in warfare, the danger to the global environment increases with the passage of time. Raytheon is working to safeguard the United Kingdom against emerging technological risks such as cruise missiles, ballistic missiles, and aircraft and cyber threats. Raytheon has also formed partnerships in the Middle East through the establishment of a foundation. The foundation was created to support initiatives that support national security and local industry in the Middle Eastern world, in concert with programs that educate and inspire new innovators.

In the Americas, Raytheon has played a central role in a variety of spheres. In the Arctic, Raytheon has developed technology that helps ships to navigate at the southernmost point on the planet. The satellite sensors and radars of Raytheon provide watchful eyes in the skies and over the seas. Such technologies serve to protect against ballistic missiles and other threats, while also serving to protect essential shipping lanes. The air traffic management systems offered by Raytheon have served to keep planes moving throughout the hemisphere over the Americas and across the globe at large. 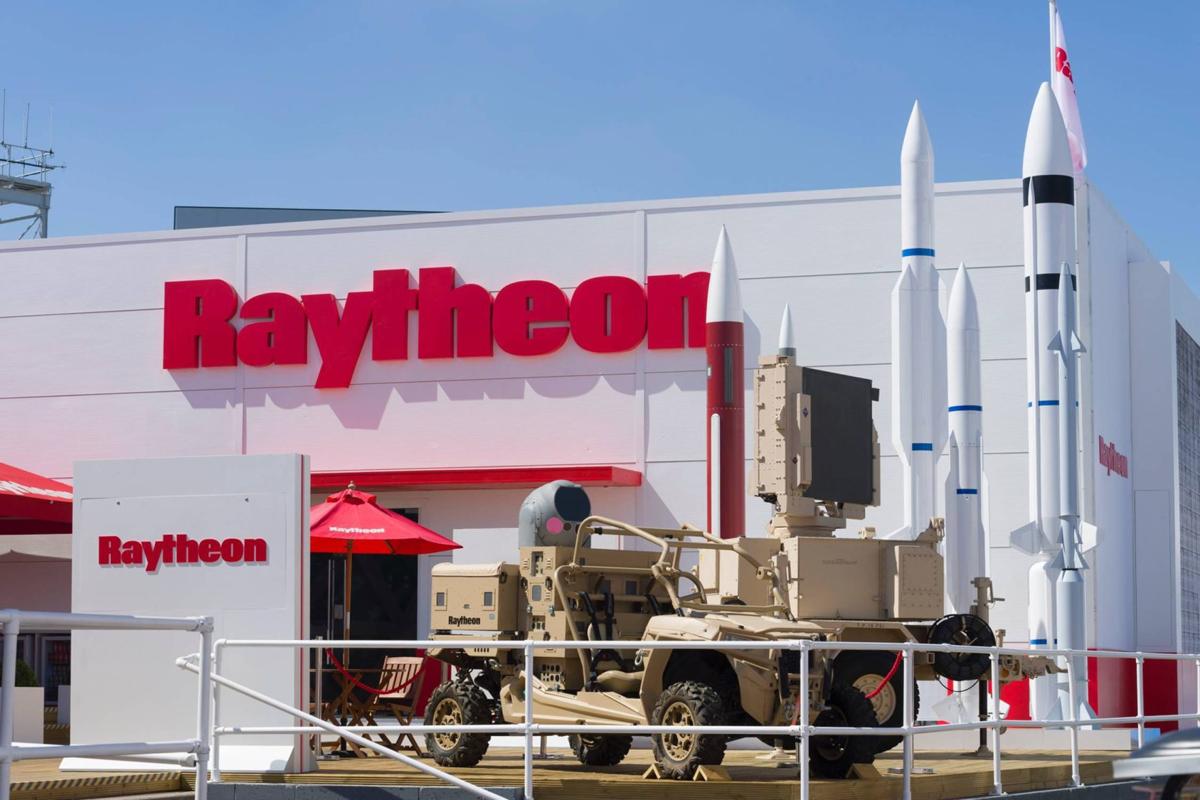 Raytheon jobs are highly sought out due to the upward mobility of individuals working within the firm when they perform well. Past employees of Raytheon report having had largely positive experiences, not only in terms of payment and income, but in relation to the amount of learning that is realized in working for the company. Individuals who have worked for Raytheon have noted the strong level of support within the organization for employees and the way in which working at Raytheon can lead to the development of greater skills and a broader understanding of the occupation being performed.

When in pursuit of a job at Raytheon, it is important to recognize that the process of gaining employment at such a company can be extensive. Former employees note that the process from application to hiring can be comprehensive and also time-consuming. Raytheon is an organization that is process driven, and this leads to a considerable amount of up-front effort to be hired, and, upon being hired, on the back-end in terms or reviews, meetings, and other support elements in the upkeep of the organization.

One facet of work at Raytheon that employees have noted as being particularly positive is the stability. The Department of Defense seeks out contractors for a high volume of work, with Raytheon subcontracting quite a bit of Department of Defense work. When such projects are expansive and are generally well-funded, the job stability of those on the projects can be significant, as the projects are well-funded and last for extended durations.

Raytheon is noted as one of the top 20 organizations to work for according to CNBC. The reasoning behind the #17 ranking of Raytheon on this list is due to the flexible work schedules that are offered by the organization. Raytheon offers its employees the ability to engage in compressed work weeks, flextime, job sharing, reduced hours, and telecommuting. When employees have a variety of means through which to achieve the ends of their occupation, the level of job satisfaction can increase, and thus levels of productivity can also experience an increase.

There are a great many potential sources for Raytheon jobs in the domestic market, although Raytheon jobs are also increasingly expanding across the globe. Raytheon Company has been actively fostering global partnerships since its inception, providing solutions in the form of products and services to clients in over 80 nations across the world. International relationships are being actively built upon to better meet the national security and technology needs of nations from across the globe.

When seeking out Raytheon jobs abroad, there are a great many options available. Raytheon has offices in 19 countries and has established companies in the nations of Austria, Germany, United Kingdom, and the United States in order to better serve the global customers of the organization. In Europe, Raytheon has been in place for over 100 years, having formed partnerships with a variety of industries and companies within them to advance new technologies and increase protection across the full spectrum of existing and emerging threats.

In terms of Europe, there are some 2,500 Raytheon employees throughout the region. The European continent represents some 2/3 of the international suppliers of Raytheon. Raytheon also collaborates with European industries in order to grow the local capacity of the company and also to transfer knowledge. The Raytheon company recognizes that the best solutions possible will be identified through the deployment of critical technologies and skills sourced from both sides of the Atlantic.

The expertize of Raytheon in Europe is increasingly on the rise in Europe, given the changing security and defense needs of the region. To ensure that the defense needs of Europe are met both today and in the future, ongoing innovation is essential. This means that the capacity of individuals seeking out Raytheon jobs to work in Europe will be increasingly on the rise as Raytheon expands upon its international efforts and investments in the European region.

The Middle East is an additional region in which Raytheon jobs are on the rise. There are hundreds of employees filling Raytheon jobs in 10 nations across the Middle Eastern region. These employees provide engineering, project management, sales, training, and mission support services. The offerings presented by Raytheon in the Middle East include defense, security, and civil requirements. Raytheon’s Middle Eastern investments include the development of technology in addition to opportunities through which local industry may participate in the process and ultimately prosper through it.

To support the Gulf Region’s capacity to invest in and thereby improve upon the future, Raytheon has taken a proactive effort in the Middle East. Raytheon has invested in educational programs through which local workforce diversity, economic growth, and other facets are supported and expanded upon. Through the dedicated effort of Raytheon to assist the Gulf region in development for the future, the available Raytheon jobs in the area will also increase.

Whether you’re seeking a job domestically or abroad, Raytheon presents a viable option for employment for individuals from a broad variety of backgrounds and areas of expertize. Raytheon supports the safety and defense of the globe and has jobs available in nations across the world benefitting from the various technologies and initiatives of Raytheon Company.